It was with great sadness that I read my letter from Jill’s husband Keith to say that she had died on 5th September 2019. Jill became ill in February and was subsequently diagnosed with ovarian cancer which despite surgery, proved to be terminal.  With the support of the hospice on the Isle of Wight she was nursed at home, which is where she died.

Jill Ward joined the staff of Bedstone College Pre-prep a year after it opened in 1994.  She taught in Pre-prep 1 until her retirement in 2003.  Working with Jill was a privilege and great fun.   Jill was a highly professional and dedicated teacher, keeping the education and well-being of her pupils foremost in all that she did.  Her calm and gentle demeanour was wonderfully complimented by her firm discipline and an impish sense of humour.   Jill loved the creative arts and nature which she included in her lessons and projects.  We went on many outings and trips which were always fun and happy times.  Together we introduced the annual Nativity Play which was a highlight of the school year.

Jill touched the lives of very many pupils and their families during her time at Bedstone.

Jill and Keith always holidayed on the Isle of Wight, which is where they eventually moved once they had both retired.  Jill retired from Bedstone College in 2003 after seeing the Pre-prep blossom and grow into one of the most highly respected and recommended departments in the area. 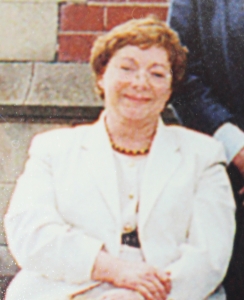