We are delighted to share Bedstone’s Virtual Carol Service 2020, featuring a Welcome from The Head, Christmas Carols, Traditional Readings and Blessing, and Musical Performances for you to enjoy. We have also added a link to download a full audio version of the Service for you.

We hope that you enjoy watching Bedstone Junior School’s Christmas performances which you can watch by clicking on the links below.

Thank you to all performers, parents and staff for creating these videos to share. Happy Christmas to you all!

Junior School’s Christmas Play, ‘The Spirit Of Christmas’, and The Nativity

Junior One’s performance of ‘Away In A Manger’

A group of Bedstone parents and staff are breathing new life into the ‘Friends of Bedstone’ and are marking this, and the festive season, with the offer of packs of the College’s amazing Viennese mince pies (pictured) and fudge, made by the talented elves in the school kitchen.  As a bonus each purchase will include a raffle ticket for a beautiful festive hamper.  What a treat to start December off!

Here is the link to make your purchase by noon on Monday 7th December: https://docs.google.com/forms/d/e/1FAIpQLScx2L5ljtmbcCLJ9FLsZY-h9fL4rJk4QZp71-JcKYYwGT8i6A/viewform

You will be able to collect your goodies from reception on the last day of term.

The Friends have lots of plans for post-COVID events for parents and children, and would love anyone interested in joining them to get in touch at friendsofbedstone@gmail.com

The Junior School will be running a free competition to ‘Guess the Name’ of the giant carrot and a teddy currently being cared for by Mrs Martin!

Please support this brilliant initiative and enjoy the mince pies and fudge whilst watching our Virtual Carol Service (available from Thursday 10th). 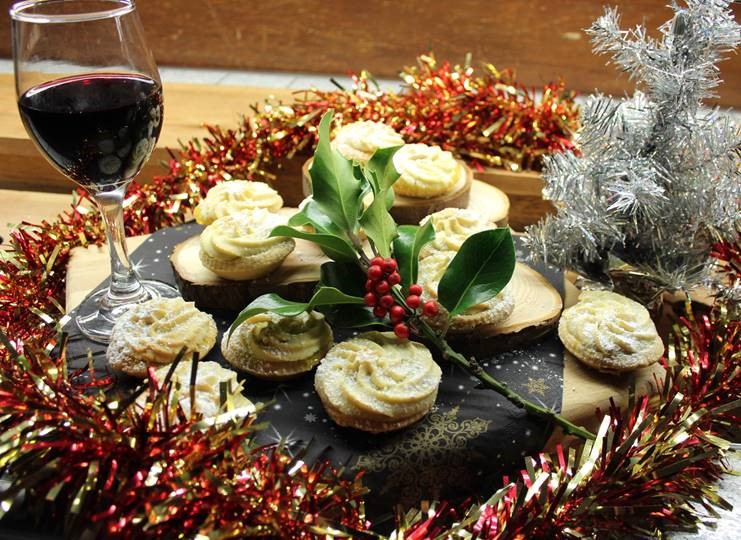 https://www.bedstone.org/wp-content/uploads/2021/05/Bedstone-Logo-Black-PJ.png 0 0 Admissions https://www.bedstone.org/wp-content/uploads/2021/05/Bedstone-Logo-Black-PJ.png Admissions2020-12-01 16:22:262020-12-01 16:28:12Friends of Bedstone – Virtual Carol Service Treat Pack offer
Looking for an uplifting way to brighten your day?
Why not grab a drink of your choice and enjoy the amazing solo performances from Bedstone’s talented musicians taking part in the House Music Competition for Autumn 2020!
The 14 minute compilation is released today, and includes extracts from each performance, as well as announcing the individual and house winners: https://www.bedstone.org/house-music-2020/
Thank you to everyone who took part. 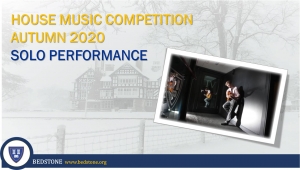 Following consultation of parents, staff and pupils the Directors and Governors have made the decision to change the provision of compulsory lessons on Saturday’s from 1 September 2021.

The consultation indicated overwhelming support for a change. Some concerns on the length of terms and proposed holiday dates were raised, so the management team at Bedstone will review what was proposed and publish revised term dates before the Christmas break.

Every effort will be made to ensure that academic provision and rigor is not compromised by the change. It gives great opportunity to examine the balance of the current curriculum, whilst using the time released from compulsory Saturday lessons to develop a programme of, non-compulsory, enhancement activities.

I hope this will give those those who wish to have more family time at weekends, plus those who find a six-day week tiring, the opportunity and benefits they are looking for; I also believe that by offering optional activities in school on Saturday mornings will enhance our provision.

Over the next few months we will work on all the detail required to effect the change and I will keep you informed of our plans.

A confirmation letter has been sent to parents/guardians this afternoon.

If you have any questions please do not hesitate to get in touch.

It is with a heavy heart that we must report that Former Governor and OB John Jones sadly passed away last weekend. Our thoughts and prayers are with his wife, Edwina, and family.

We are grateful to John’s brother, Frank Jones OB, for sharing the following memories with us:

John arrived at Bedstone shortly after the College was founded in 1948. He was among a new intake of younger children under the care of Mrs Rees, who had run a Prep school in the Wirral, near his home.

An accomplished all-rounder he spent the best part of ten years revelling and excelling in many of the wide range of activities the school already offered, including acting in musical and straight drama; choral-singing (treble/bass); orchestral playing (viola); cricket, soccer and rugby; athletics and cross-country running and the sea cadet corps. As a result he won many prizes/awards including colours (Hopton house, rugby); victor ludorum (athletics) and represented the school in UK national events at the old White City stadium in west London.

He was also an academic high-flyer, doing well in a range of GCEs at ‘O’ level and, coached by Mr Rees, gaining an ‘A’ level in English Literature at 15. His extra-collegiate curriculum was equally ambitious and successful – if sometimes less well-regarded by his teachers – and he was, at least once, ‘furloughed’, having been observed leaving the college and cycling to Ludlow to meet a girlfriend on a Saturday night.

Like many others of his era he remained ‘in touch’ with the school for many years through the OBS, while bringing up his family and pursuing a distinguished career in the Police. Awarded a passing out prize from Hendon training college, by the then Home Secretary RA Butler, he served many years in the Met, rising to the rank of Detective Superintendent before his retirement.

Still only a sprightly 60 year old, he set about building a new career, entering politics as a local councillor and acting as a press- and broadcast-media consultant. An excellent speaker he was able to use his police expertise to good effect and began to appear on various radio/TV programmes, including a regularly week(end)ly radio phone-in, moderated by former MP Edwina Currie. Impressed by his love of people, love of life, love of books and antiques, love of food and entertaining she suggested they meet for lunch (he broadcast from London, she from Birmingham). They married in 2001.

At about the same time he renewed and strengthened his more than just occasional contact with the school, eventually accepting an invitation to become a Governor in March 2001. Happily, his new wife sanctioned his long-standing love of the various exotic fast cars, vital to getting to meetings in a timely fashion , which soon became prominent visitors in an otherwise mundane selection of alternative transport parked outside that big black and white Thomas Harris front entrance.

John died peacefully from cancer in November, having successfully managed the disease for about fifteen years. He would have been 80 in March 2021. 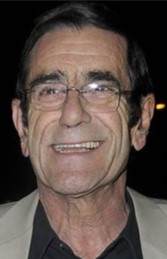 We invite parents & prospective students to Bedstone’s Virtual Sixth Form Open Experience, with a warm Welcome & Introduction by our Head, Mrs Wendy Martin, as well as a wide choice of engaging, individual subject videos to explore.

Please email admissions@bedstone.org to find out more and take your next step to join our #BedstoneFamily.

Mrs Wendy Martin writes: It is with great sadness that I must report that Stephen Stringer sadly passed away on 2nd November 2020 following a stroke.

Stephen was a tremendous support to Bedstone College through his work as a Governor. He will leave a huge hole in the Governing Board.

Stephen was always positive and vibrant and executed his duties as a Governor with diligence and professionalism.

Our thoughts and prayers at this time are with his widow, Sheila, and family. 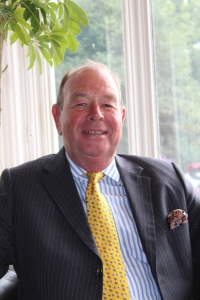 Janet died peacefully on 26th September surrounded by her loving family.
She will be fondly remembered as a caring House Parent, first in Bedstone and then Wilson House with her husband Keith. All three of their children Cathy, Debbie and David were educated in the Senior School.

In 1989 Janet joined the Prep School as a teacher and the number of children who passed through her hands benefited from her instruction, guidance, direction and kindness. A trained librarian who also ran the College library and encouraged Prep School children to enjoy reading a variety of books.  At the end of the school day Keith who was wanting to leave for home, knew where to find her either in the Prep School marking books or in the library surrounded by more books.

Many memories of Janet – trailing over South Shropshire hills on wet and windy afternoons, nurturing prep school games, directing and supporting Prep children and standing on the sidelines in all weather and terrains. It was thanks to her enthusiasm and dedication through the years that many youngsters realised their potential whether it was running over muddy fields, around a track or kicking a football.

Moving from field to stage . . . Janet help to nurture Prep plays and concerts as well as helping with senior plays, not least by her unstinting support of the great impresario Keith Hatfield, as always calmly, quietly and with no fuss.

All those who read this on the Bedstone School web site and knew her will remember what a lovely lady Janet was and why she will be so much missed by Keith, her family and friends. 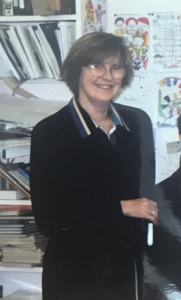 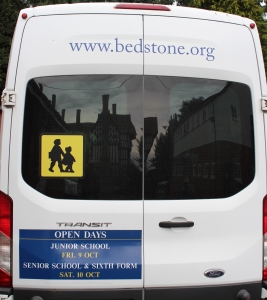 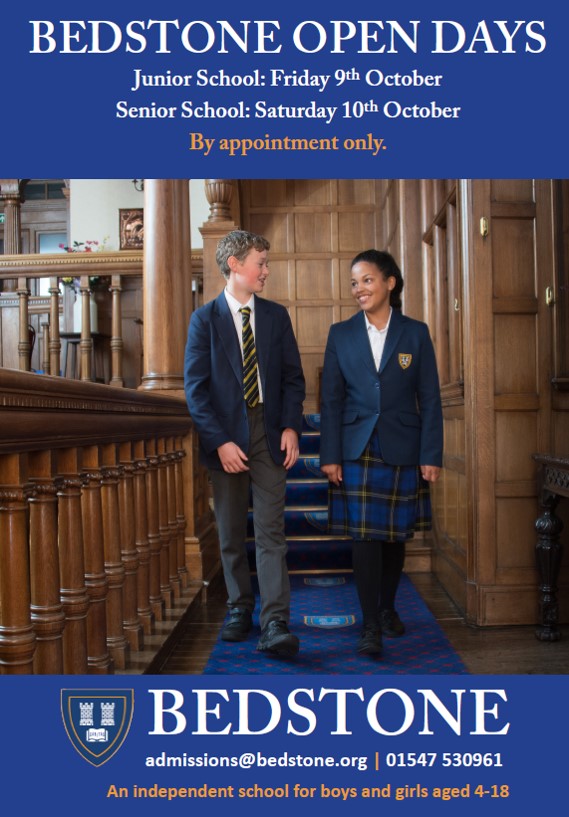