Bedstone’s youngest students enjoyed hosting both Bucknell Primary School and students visiting from Zhangqiu Bilingual School in China in celebration of the European Day of Languages.

The children revelled in a whole day immersed in other cultures, sampling French delicacies and traditional Spanish foods as well as enjoying party games and language songs. The day was full of fun and excitement but these new experiences will also have left the students with an increased knowledge of other cultures on top of enhancing their language skills.

Highlights of the day included sampling croissants, fine cheese and macaroons and watching some of the bravest students sample frogs legs (cuisses de grenouilles) and snails (escargots) at lunch time! Both students and staff entered in to the spirit of the day dressing up and enjoying the fiesta!

Students at Bedstone begin studying French and Spanish in the Junior School and also have the option of studying German. As a boarding school we welcome students from nearly twenty countries, students learn so much from one another and enjoy celebrating languages and cultures from all over the world.

Mrs Wendy Martin, Head of Bedstone College said: “Learning a second language provides so much more than acquiring a set of new skills. It educates our students on culture, difference, tolerance and respect; qualities essential in today’s society. Students growing up in the 21st Century will probably have several career changes. Being able to transfer their skills across the globe will place them in a stronger position against their counterparts.” 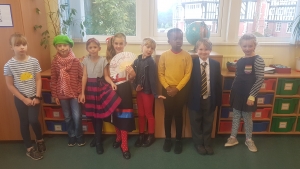 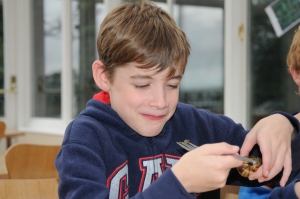