Introducing the future Head of Bedstone

Mrs Wendy Martin will become the Head of Bedstone College in April 2019, at the start of the summer term. It is a very exciting time for Bedstone as we welcome Mrs Martin to the Bedstone family and our very special community.

Mrs Martin is currently the Deputy Head at Trinity School in Devon where she is responsible for all academic and pastoral matters, safeguarding, boarding, and the day-to­day running of the school. Mrs Martin obtained a degree in Mathematics and Natural Science from the University of Kent and then a PGCE in Mathematics and Physics from the same institution. She will be Bedstone’s third Head to count Physics as one of her specialisms, continuing a tradition spanning 28 years.  She later secured a further post graduate qualification in ‘Leadership and Innovation’ from the University of Warwick. Mrs Martin has worked in both the Independent and Maintained education sectors. She has spent the last 25 years in Independent, Co-Educational Day and Boarding Schools.

Mrs Martin is familiar with our beautiful county having lived in Oswestry when she started her teaching career at a comprehensive school in Powys. Whilst there she became Head of Maths followed by Head of Sixth Form. She then moved to the New Forest where she joined an independent, co-educational boarding school and was appointed Head of House, quickly followed by Head of Boarding and Senior teacher. She was closely involved in a school merger and was appointed Director of Studies in the new school.

During this time Mrs Martin became a school inspector for the Independent Schools Inspectorate (ISI) and she has now been inspecting schools for over 15 years. In 2013 she moved to Devon to become the Academic Deputy Head at Trinity School and two years ago was appointed the Senior Deputy Head.

Mrs Martin is married to Richard, a fellow teacher who has been a Director of Sport and now teaches maths and PE as well as being a Housemaster at a Grammar school in Devon.  Mrs Martin has two children, Emily (who is training to be a Midwife) and Barnaby (who will join us at Bedstone in Year 10). She also has two step-children, Charlotte (who is completing a Masters in Engineering at Oxford University) and Edward (who is studying Accounting and Finance at Loughborough). The family have two dogs, Loki and Nala who will also be coming to Bedstone.

With not much time for hobbies Mrs Martin tries to do half an hour of aerobic exercise each morning, usually running, cycling or ergo-rowing. We are sure she will make good use of the grounds here to help her with that! When possible Mrs Martin and her husband like nothing more than entertaining friends or family with a table full of good food and the odd glass of wine. We look forward to welcoming Mrs Martin and her family here in the spring.

Mrs Martin is looking forward to taking up her post at Bedstone, she said: “I am delighted to have been appointed the Head of Bedstone College. Bedstone has aims and values for its pupils that mirror my own. This is an exciting time for the college and I am looking forward to helping shape and develop its future, whilst maintaining the ethos and family feel that make Bedstone College such a special community.” 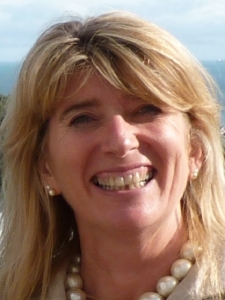