Bedstone girls netball teams had mixed results during an afternoon of matches against Christ College Brecon. The U15 team played fantastic netball to beat a very strong Christ College team 28-11. The U18 Girls narrowly lost 18-22 to a well drilled squad.   Miss Wilson, Head of Girls’ PE,  said: “The U15 result was a great achievement and that the girls played really well. And despite the U18 result, the U18 team also did really well for maintaining a positive attitude and a good standard of netball.

“We have had a wonderful term of netball. Well done to all the girls and the coaches who have made this term such as success!” 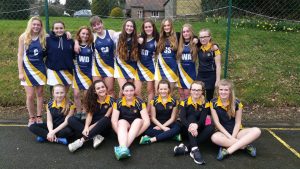 Sixth Formers get a taste of Oxford