Bedstone students enjoyed a day of inspiration both in the classroom and on the rugby field this week after a visit from two Cambridge graduates,  one a former professional rugby player in Japan and Italy.

Staff and students welcomed Daniel Orovomaa, a recent graduate of St Edmund’s College (2017), Cambridge, who conducted a Q and A session with Bedstone’s potential Oxbridge students.

Sixth formers were able to have a number of questions answered regarding the application process for Oxford and Cambridge universities including advice on what the institutions look for in potential recruits and how to tackle an interview.

Mr Orovomaa was accompanied by Stewart Eru, another Cambridge graduate who has proven himself to be a big hit on the rugby field.

Mr Eru spent nearly an hour with Bedstone’s under 15s putting them through their paces by giving them a few pointers on contact play and body position.

With a wealth of advice and experience to share, Mr Eru certainly impressed Bedstone’s students. Mr Eru was captain of Cambridge University Rugby in 2003, winning two Blues in 2002-03 Varsity Matches at Twickenham.

He also represented New Zealand in rugby at age grade, Maori and universities level. He then played professional rugby for Mitsubishi Motors in Japan for five years and Alghero, Sardinia in Italy for three seasons.

Headmaster David Gajadharsingh said: “We were delighted to welcome Stewart and Danny to Bedstone College. They were both a huge hit with our students and provided inspiration to some of our most academic students and keenest sportsmen.

“We owe them both a huge thank you – I hope they have urged some of our students to pursue their dreams whether it be at their chosen university or on the rugby field.”

Mr Eru was equally complimentary of the Bedstone under 15s saying “I was really impressed with the enthusiasm of the players and willingness to take onboard advice. It reminded me of my prep and high school rugby days – the excitement, hunger, camaraderie and adventure of playing this wonderful sport. I wish them every success and hopefully one day Bedstone will have a Cambridge Blue playing Oxford at Twickenham in the not so distant future!” 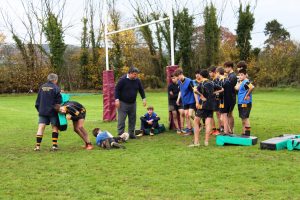 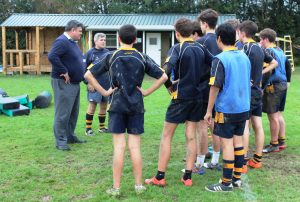 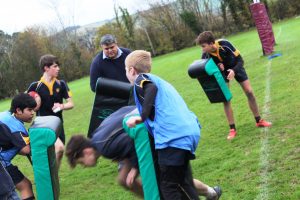 Bedstone College top of the region in Maths Challenge

Get all the latest news….
Scroll to top