We are delighted to make available new Pre-Sessional and University Foundation Programmes for International Students, as part of our extensive range of EAL offerings – full details here

https://www.bedstone.org/wp-content/uploads/2017/01/logo.png 0 0 Admissions https://www.bedstone.org/wp-content/uploads/2017/01/logo.png Admissions2021-01-13 16:12:182021-01-13 16:15:47New Pre-Sessional and University Foundation Programmes available for International Students
ARTHUR DYBALL
A brief tribute from the South Shropshire Philatelic Society:
A Monday afternoon in Little Stretton Village Hall.  An imposing row of display stands facing a row of stamp-collectors a.k.a. philatelists. The chairman, Arthur Dyball, greets them, and, with a slightly wicked smile, introduces the proceedings. ‘The task I set you was the Letter Q !  How many have brought something to show us?’  Most members sheepishly raise their hands, and one by one over the next hour come forward to display their efforts – one display board , nine sheets of stamps – Queens, Quebec, Qatar, Quaint & Quirky, etc.,etc. Finally, Arthur himself comes on, and whether it’s Queensland, Quito or Quatt, his display will be of high quality.  However abstruse the subject, he seems able always to come up with fine material, immaculately presented.
Philately is an elusive subject, embracing postal history, basic country-by-country stamp collecting, thematics ( birds, aircraft, trains, flowers, etc), and specialisms, some academic and arcane, from water-marks to perforations, printings, forgeries, etc.  Arthur, although he had his own special interests, such as issues from early German States, seemed to be thoroughly conversant with virtually every aspect of the hobby.  Speakers could expect from him comments or additional information on their displays, always offered in a gentle, kindly, good-humoured way.  His geographical, political, and historical knowledge was prodigious.
Arthur was best-known as a distinguished and highly respected member of staff at Bedstone College, contributing generously over many years to many aspects of the life of that community. After retirement he continued to enjoy offering his services,
Less apparent perhaps was his status in Shropshire and the West Midlands as a philatelist. He frequently exhibited at local societies, as well as running the South Shropshire group where he was in effect Chairman, Secretary and Treasurer!
One difficulty in paying due tribute to Arthur arises from his own personality.  He was a very private, self-contained man, who did not like fuss, and rarely opened up in general conversation, sometimes seeming quite abrupt.  Yet he was in fact a most kindly and generous man – with all the qualities of an English gentleman. I, and I guess many other Society members were grateful for the encouragement he gave to our rather amateurish displays!
The Philatelic world has lost a vigorous champion, and a man of outstanding knowledge and expertise, and, above all, enthusiasm.
https://www.bedstone.org/wp-content/uploads/2017/01/logo.png 0 0 Admissions https://www.bedstone.org/wp-content/uploads/2017/01/logo.png Admissions2021-01-11 13:25:462021-01-11 13:25:46Stamp of approval: A tribute to Arthur Dyball from the South Shropshire Philatelic Society

The funeral of Arthur Charles Dyball will be held on 28th January at Emstrey Crematorium, Shrewsbury at 2pm.
This is a strictly private funeral by invitation only due to Covid restrictions.
However, for those who are unable to attend there will be a webcast to view (limited to 150 logins on the day, with a recording available for 28 days).
Webcast details provided by Obitus as per below:

You can login to the Obitus website at any time to view a test connection, but you’ll only be able to view the Live Webcast approx. 5 mins before the service start time. Please be aware this is a public building and the timing of the Live webcast is semi-automated to allow for services running early or late – please use your discretion if you can see activities not applicable to the service you are logging-in to watch.
Once the service has finished, it will take us up to 3 working days to get the recording onto the website, which will then be available for 28 days.

Please note – It is very much hoped that a Memorial Service will be arranged at a later date.

As Arthur did not have any relatives, sympathy cards should be addressed to:
The Bedstone Family c/o Bedstone College, Bedstone, Bucknell, Shropshire. SY7 0BG
*It would be helpful if your surname could be included on the card so that the college can log all of those expressing their sympathies.

There will be no flowers, but donations in memory of Arthur will be most gratefully received for Diabetes UK and can be made via https://www.justgiving.com/fundraising/arthurdyball2020
or one can donate in different ways to the same organisation by accessing https://www.diabetes.org.uk/get_involved/ways-to-donate

Following the Prime Minister’s broadcast this evening, Bedstone College will be closed to all but vulnerable children and those of critical workers for the time being.  Our teaching staff will continue with the online teaching that was so successful during the last major lockdown.  Further updates will be sent by email/Google Classroom and posted on the website/social media over the next few days.

Please find below the arrangements for the start of term

School open for all as normal

The latest edition of the Bedstone Bulletin, featuring a selection of last term’s stories and images, combining new content with some favourites from our social media feeds.

Wishing you and your families a very Happy Christmas and Healthy 2021! 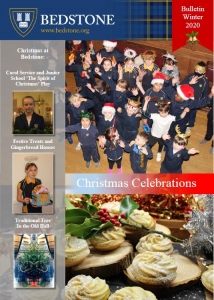 We understand Mr Dyball’s funeral will not be until mid-January at the very earliest with very limited numbers allowed to attend due to Covid restrictions. Further information will be published in the new year. 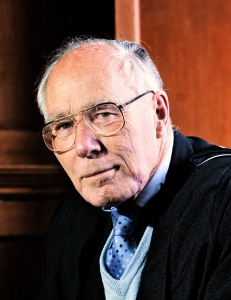 It is with great sadness that I have to announce Arthur Dyball passed away in his sleep last night.  He had recovered well after his hip operation and I was delighted he agreed to help out with our virtual carol service which will now be a poignant memory of him doing what he did best.

He had worked at the school since 1958 and was part of the fabric of the building.

I am sure we will try and have some form of celebration of his life in the New Year. 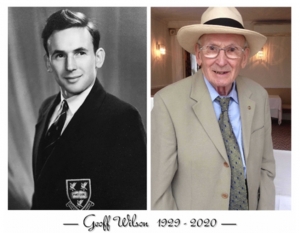 We are grateful to Geoff’s family and Michael Symonds OB (Geoff’s successor) for this tribute.

SADLY Geoff passed away peacefully early in December at the age of 91. A loving husband, wonderful Dad and caring Grandpa, he was valued by family, friends and colleagues alike for his loyalty, intelligence, spontaneity, magnetic personal charm and sheer joie-de-vivre. We’ll always remember him with a twinkle in his eye, a spring in his step and a witty story or comment for almost every circumstance.

A History and English academic, he taught both subjects to A-level at Keil School on the River Clyde, where he was also a very successful rugby coach and led hiking adventures in the wilds of Scotland. Moving south in 1971, he capped an already distinguished and successful teaching career by becoming headmaster, and saviour, of what is now Bedstone College in Shropshire.

Then a small, relatively young, independent boys’ boarding school with falling numbers which he, with his wife Margaret, quite literally rescued Bedstone from oblivion – though they never felt the need to boast about their achievement. As head, Geoff was always positive, a steadfast beacon of resolve and encouragement, not just to his family but also to so many pupils and staff over the remaining years of his working life.

In 1971 Bedstone School (as it then was) had just 99 pupils, falling rolls, and was in a precarious financial position. During the next 19 years he completely turned it around. Within 2 years he had started a prep school and introduced co-education, (with the help of Mrs Wilson as Housemistress for the girls). Over the first 5 years, with growing numbers and space soon at a premium, he started a building programme beginning with two demountable classrooms and the creation of Bedstone New House (head’s house, releasing accommodation in the main buildings.)

By the end of his tenure in 1990, Bedstone College (renamed to address the rise of sixth form colleges) had 250 pupils, a sound bank balance and a completely redeveloped campus, including three new boarding houses (Wilson, Chacksfield, and Rees Court) and the Hodgson Centre squash courts.

Geoff was also fully involved in activities beyond Bedstone’s gates. He became a member of various professional committees, and involved himself in the community through his association with Ludlow Rotary Club – which he joined in 1973, remaining a member and honorary member until his death. Elected President in 1977-78, he was passionate about helping others – particularly young people – and for years was Chairman of Ludlow Youth Services Committee. His enormous contribution to the charitable work of the Club led to him being made a Paul Harris Fellow in 2000 – Rotary’s highest award for outstanding service. He also helped raise significant sums of money for the British Heart Foundation where he becoming President of the local heart support group – a cause that meant much to him following a quintuple heart by-pass operation.

In retirement, Geoff and Margaret continued to lead an active life, enjoying wonderful holidays, trips to the theatre and exhibitions. Always a master of the bon mot, his sharp mind, wide-ranging knowledge, prodigious memory and instant recall meant that it was no surprise when he was appointed captain of the Rotary quiz team – which then rarely came lower than second in any area competitions. He also organised multiple spoken word, music and art competitions across schools.

Geoff will be dearly missed by his family, friends and colleagues but his legacy lives on in all the students he taught and encouraged to reach their full potential.